While we continue to see Asia as the predominate contributor to global growth over the coming decades, the composition of that growth is likely to change. Asia and the businesses that operate within are not one homogeneous group. Hiding behind China is a group of disparate economic jurisdictions that have very different underlying fundamental opportunities to which investors should be paying attention.

Some of the elements that affect Asian countries differently include: 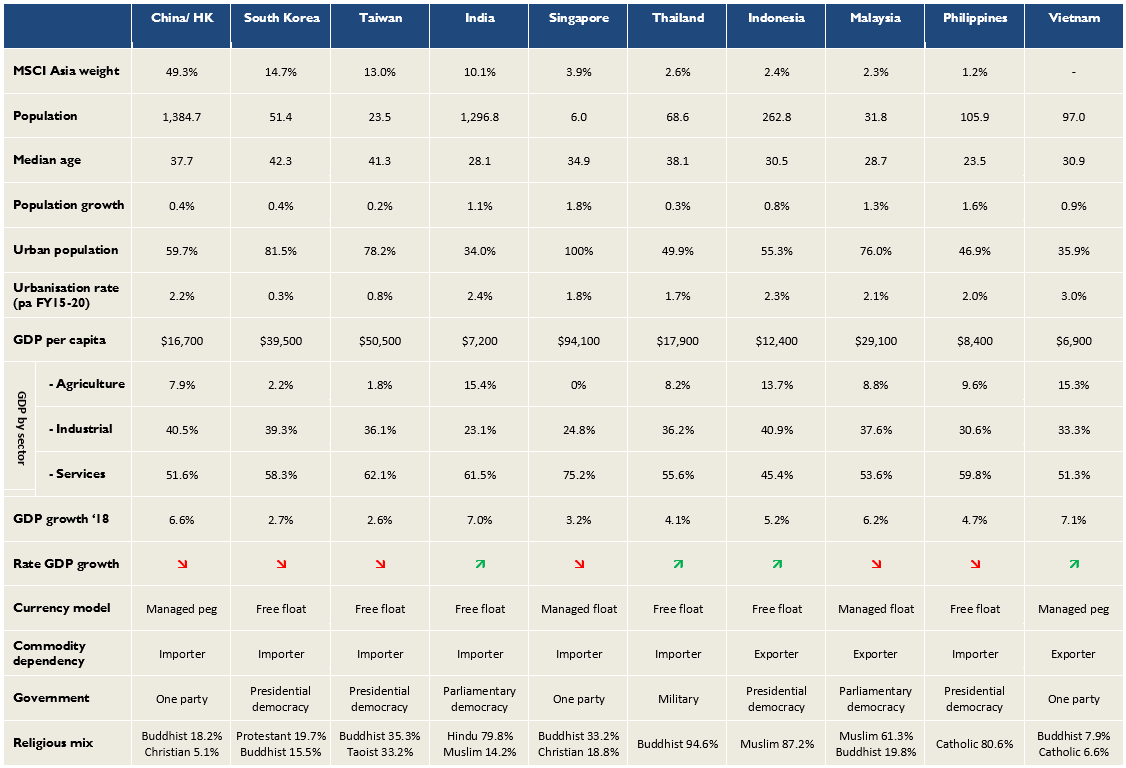 The sheer scale of some of these countries has been overlooked in the shadows of China. Countries like India (1.3 billion people), Indonesia (263 million people) and the Philippines (106 million people) are benefiting from demographic dividends that have now passed by China. They still require significant investments into infrastructure, driving employment and growth, they have a young and rapidly urbanising consumer bases, and present a very different investment landscape to what can be found in China. 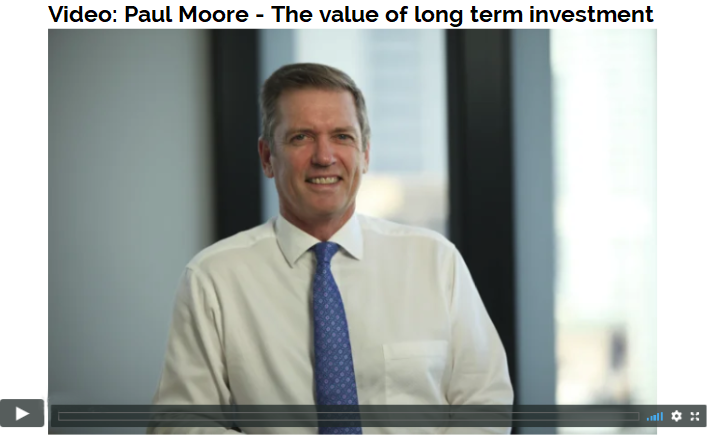 On the flip side, Singapore - the smallest nation in the region - consistently punches above its weight. It continues to maintain solid rates of growth, with a progressive government leveraging its position in ASEAN, while having one of the fastest growing populations in the region thanks to an aggressive migration policy (12 people/1,000) - in stark contrast to most Asian nations.

How does this translate to investable opportunities?

One area where we have invested significant capital over the last decade has been in the e-commerce and online classified subsector. A significant portion of this investment has been made in businesses operating predominately in ASEAN nations, including Jobstreet, iProperty Group and Frontier Digital Ventures. Jobstreet, acquired by Seek in 2014 was an excellent example of an Asian business benefiting from playing in smaller, rapidly evolving markets with better competitive dynamics.

The Malaysian beer industry, where we ’veheld investments in Carlsberg Malaysia and Heineken Malaysia, is another example where finding businesses that are specific to the markets in which they operate can create strong dynamics for success and provide meaningful portfolio diversification.

When discussing our Malaysian brewing investments people are firstly surprised to hear that there are locally listed operators with global pedigrees. This surprise is quickly replaced with something along the lines of, "Malaysia, a largely Muslim country, and beer - do those things go together?". On the contrary, both Carlsberg Malaysia and Heineken Malaysia have been extremely good investments over a 10-year period thanks to the favourable local dynamics and management stewardship. This contrasts with the Chinese beer market, which investors tend to gravitate to largely on account of its size, where the market is intensively competitive – price, capacity, new product launches – which has produced significantly lower growth in earnings and returns over the same period.

This is not to say that we are discounting China altogether, but we believe it will become an increasingly difficult market to navigate. The big issue that investors need to grapple with is the structure of Chinese growth longer term. Can it sustain the model that it has had for the last 20 years? We would say that it is coming to an end.

People have been calling out the demise for a long time, and it has not happened yet. However,  can it maintain this stimulus-led investment growth story? If you look at the return on invested capital over time for the businesses in China, particularly those commodity and fixed investment businesses, they continue to fall. It is something that needs to be addressed and makes it harder for us to be convinced about China on a long term view versus someother markets across the region.

From a perspective of index representation, the more mature economies of China (inclusive of HK), South Korea and Taiwan dominate at over three quarters*, however some of the best investment opportunities are likely to come from beyond those shores – both from the small and large nations in the region. 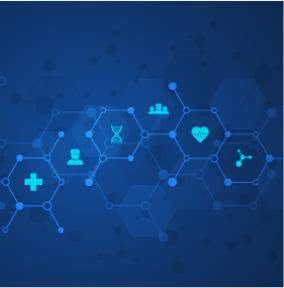 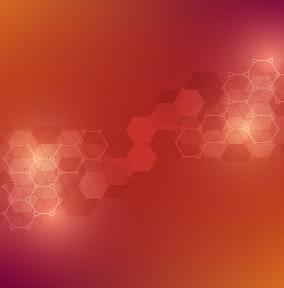 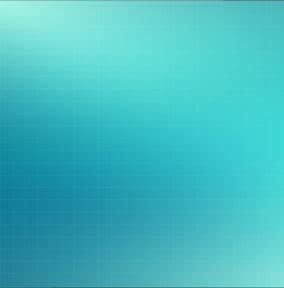